How Each Presidential Candidate Could Influence the Housing Market 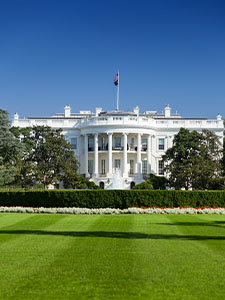 As we discussed last week, the election as an event will not likely affect the busy housing market. However, our next president and their policy agenda will influence the market It’s hard to believe that Election Day is just one week away, and housing market experts predict that a change is coming, regardless of who wins.

The president of United States can influence many components of the American economy and culture. When it comes to the housing market, “presidential election[s] and [their] results generally affect the real estate market indirectly — but not insignificantly,” says Rick Sharga, Executive Vice President of RealtyTrac.

Should Joe Biden win the election, several housing market changes are likely to occur. One of the most notable aspects of his proposed housing plan is a first-time home buyer tax credit of up to $15,000 for a down payment. With home prices soaring, this could help many first-time buyers significantly. To help low-income renters pay for their housing, Biden proposes a tax credit that would ensure qualifying renters pay a maximum of 30% of their income on housing and utilities.

Biden also has plans to close the racial housing gap and increase homeownership opportunities for communities of color. Included in these plans is establishing a national standard for home appraisals so that properties in communities of color will be assessed at an equal price in comparison to similar homes in white neighborhoods.

To help home buyers without an established credit history raise their credit score, Biden is also proposing a public credit agency that considers factors such as on-time rental and utility bill payments. This credit agency could help lower fees and rates associated with mortgages and help more buyers qualify for more home loans.

“It’s also likely that Biden would reinstate some of the regulations and consumer protections in the financial industry that had been removed or eliminated over the past few years,” said Sharga.

Though well-intended, experts say Biden’s proposed credits may not solve the larger challenge of higher home prices. Home prices are currently high, but this is largely a result from limited housing inventory. Biden’s efforts could make home purchase somewhat more affordable to a wider market with low-to-moderate income.

If Trump is reelected, the housing market will likely still face changes in the years to come. One of the largest housing changes under as second term with the Trump administration would be his proposed privatization of Fannie Mae and Freddie Mac. Although the privatization of Fannie Mae and Freddie Mac came up early in the Trump presidency, a plan for privatization has not yet been agreed upon.  Privatizing the two companies would make them privately owned not government sponsored – no longer sending their profits to the treasury. Instead, their profits would be used to cushion the companies from future losses. This self-made cushion would replace the government cushion.

Another proposed change to the housing market under the Trump administration is ending the Affirmatively Furthering Fair Housing regulation, which was introduced by President Barack Obama to help address local housing discrimination. "We found it to be unworkable and ultimately a waste of time for localities to comply with, too often resulting in funds being steered away from communities that need them most,” said Department of Urban and Housing Development Secretary, Ben Carson. Though the regulation did not cause any “sweeping changes” nationally, it “would have likely resulted in communities allowing more affordable housing to go up,” if it had remained in effect.

As a replacement policy, Trump has discussed expanding the Qualified Opportunity Zone program, which would help real estate development in underserved communities by offering them capital gains.

Ultimately, should Trump win, we will likely see a continuation of the housing trends Trump initiated in his first term: less regulatory control and fewer tax incentives, which will in turn stimulate real estate investment.

Biden and Trump have vastly different approaches to many policy aspects, and the housing market is no exception. While some experts claim that interest rates would remain lower with a Trump reelection, others claim that Biden detailed plan for the housing market would better equalize home buying opportunity and affordability.

Our next president will be decided next week, but either way, interest rates are expected to stay low.  Low rates are incentivizing many buyers to make a purchase or homeowners to refinance before the any possible changes in the market. Talk to us today if you have any questions about today’s mortgage rates.