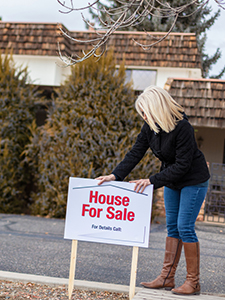 Home builder sentiment fell slightly in March to a level of 72.  Current sales conditions declined to a level of 79, sales expectations for the next six months fell to 75, and buyer foot traffic slipped to 56.  Any reading above 50 is considered positive.  It’s important to note, that half of the survey responses were returned before the recent stock market downturn, so the survey may show a steeper decline next month.